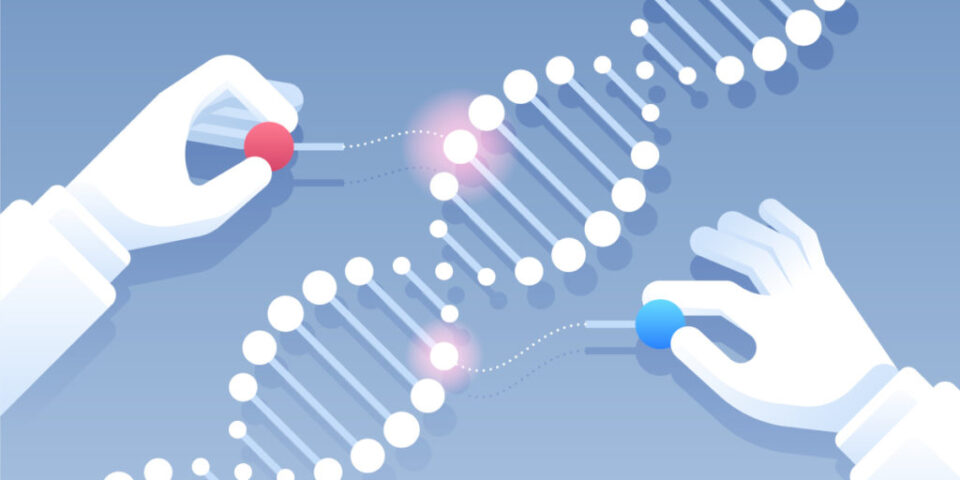 With the global population continuing to rise and more hungry mouths than ever needing to be fed, scientists are turning their attention to how cutting-edge tools such as CRISPR gene editing could make a big difference in how we raise vegetables and fruits.

CRISPR is the term given for the gene-cutting technology using Clustered Regularly Interspaced Short Palindromic Repeats, which Sam Sternberg and Jennifer Doudna reported on in Nature back in 2012.

You use CRISPR to find and target genetic sequences, such as to remove a mutation or swap in more favorable DNA. Scientists use it to edit living cells in humans as well as in agriculture. CRISPR is still in its infancy and is far from being a perfect tool or even as precise as technicians would prefer. But improvements to CRISPR are still ongoing.

Jennifer Doudna sat down to speak with the Babbage podcast recently, talking about the future use of the innovative genetic engineering tool. As reported by Genetic Engineering & Biotechnology News, she told Babbage that “the most widely impactful applications of CRISPR, for many of us, are going to be in the agricultural sector, at least in the near term.”

What is the significance of applying CRISPR technology to agricultural products? Doudna explains that it gives high-tech farmers much better precision in their efforts to improve plant traits.

Using chemical mutations, the historical approach, has to involve random changes in the DNA of the plant in question. Further hampering efforts is the fact that you can’t do many manipulations to the plant’s genes simultaneously. So plant scientists are forced to carry out multiple genetic engineering tasks, with the possibility of adding an undesired mutation every step of the way.

But with CRISPR, you cut down on such unwanted changes to the genetic material. Instead of randomness, you have precision with the guided tool of CRISPR, even allowing you to make multiple changes all at the same time instead of waiting through several iterations of your experimental project.

Researchers at Inari Agriculture have been involved in wheat genetics as well as the genes of corn and soy. Per Genetic Engineering & Biotechnology News, Inari CSO Catherine Feuillet is motivated to improve wheat production to ward off worldwide hunger. The planet has supply chain issues that can hamper basic farming efforts, and global climate change is also having a negative impact on the production of food.

Because of climate change, Feuillet says that there is no choice but to act quickly and efficiently to improve crop production. To that end, Inari is editing the genomes of wheat, corn, and soy because those are the three main crops that feed the planet’s population.

Rather than aiming at flavor improvement or otherwise boosting crop traits to make them more appealing to consumers, Inari is looking at improving agriculture’s efficiency and making farming more sustainable. Using CRISPR gene editing to focus on improving the ability of vegetables and fruits to use nitrogen or water is a key area of focus for the company now.

CRISPR to Help a Hungry World?

CRISPR gene editing technology has only been available for two decades now. As our capabilities increase and we gain new knowledge and experience from work done in labs and clinics across the globe, perhaps we will see a day soon when genetic engineering can be applied with great precision in helping us raise more fruits and vegetables, with improved traits that therefore translate to a better quality of life for all people.

This Blog Post Will Help You Select the Right Knee Doctor

What Is The Value of In-Patient Treatment At Alcohol Rehab?

Where’s the Best Country to Pursue a Medical Career?

What To Do When You Think You May Have Chlamydia

Learn How to Use Kratom Pills While on Trips